Welcome aboard the USS Pampanito.
During the late 1930’s, the United States was gradually building up its fleet to the limits authorized by the Washington Naval Treaty. The pace quickened when in 1939 World War II began in Europe. However, it was the fall of France in June 1940 that caused the full mobilization of the nation. By the 7 Dec 1941 Imperial Japanese attack on Pearl Harbor, the United States had started an enlarged submarine building program. Pampanito was built in 1943 at the Navy Yard Portsmouth, New Hampshire, in just 9 months, and at a cost of 6 million dollars. She was one of the most advanced fighting systems of her day. By 1943, the role of U.S. submarines was to control the shipping lanes, gather intelligence, and a few special missions. The same roles played by submarines today. Far beyond any expectations at the start of the war, the U.S. Navy fleet submarines were instrumental in the Allied victory in the Pacific. Today, Pampanito serves as a museum and a memorial to the submarine service of the U.S. Navy — which we proudly call the “Silent Service”.

$5.00 OFF General Admission to the USS Pampanito 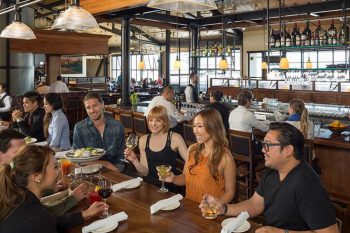 Pearl Factory – Original. Authentic. And part of Hawaii for more than 30 years. At Pearl Factory, Hawaii’s Original Pearl-In-The-Oyster, you’ll discover some of the most beautiful pearls in the Islands. Select your oyster then choose from over 120 settings to create your own pearl jewelry. Read more… 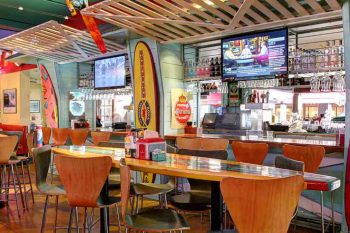 Wipe Out Bar and Grill

Wipeout Bar & Grill opened on PIER 39 in 2005, shortly after the Simmons Family (Scooter, Nancy and their children) explored the California coast in search of the best surf food and beach shacks. Read more…