“Beach Blanket Babylon,” San Francisco’s hilarious pop-culture musical revue, is the perfect night out with friends. Celebrating over 16,000 performances and seen by over six million people from around the world, this internationally acclaimed production continues to delight audiences at Club Fugazi in San Francisco’s North Beach district with its spectacular costumes and outrageously gigantic hats!

Since 2008 we’ve been importing wines from around the world and making wine in our home state of California. Now, we are delighted to offer you tastes, flights and the opportunity to purchase bottles and cases from our collection of over 225 thoughtfully selected wines. Read more… 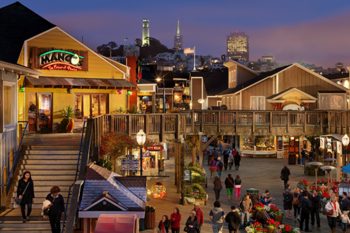 PIER 39 is a 45-acre waterfront complex that is a gathering place for millions of San Francisco locals and visitors. In addition to its 14 full-service restaurants, 90+ shops and popular attractions, PIER 39 is home to a 5-acre waterfront park and a 300-berth marina. Read more… 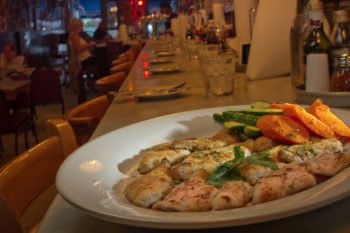 Sotto Mare is a casual restaurant with counter and table seating. The atmosphere is warm and inviting and when it gets busy the whole restaurant comes to life with activity. For larger parties we have a lower level which seats up to 25. Read more…